Click Hrere To Download full list
Gujarat nu Navu Mantri Mandal Nam Jaher 2017-18
Gandhinagar: After formation of BJP government in Gujarat on sixth day, Vijay Rupani will hold oath of oath with the cabinet including Deputy Chief Minister Nitin Patel on Tuesday. Prime Minister Narendra Modi, BJP’s national president Amit Shah and chief ministers of 18 states, central ministers and other invitees will be witness to this ceremony in the Secretariat complex. Rupani and cabinet will adopt the sworn oath between scriptural mantras. In this ceremony, monk saints from all over the country are also invited. Vijay Rupani will be the Chief Minister for the second time since Tuesday, when the entire administrative system is busy preparing for the oath-taking ceremony.
The veteran leader, including Modi, Amit Shah, will be present in the oath
The security arrangements have been arranged in the secretariat complex. Employees are prohibited from entering the Secretariat with a vehicle. The ceremony will be held at 11.00 am at the helipad ground in Sachivalaya complex of Gandhinagar. After the oath, a special meal concert was organized by the Gujarat government for the Central ministers, Chief Ministers of various states and special invitees at Mahatma Mandir. Prime Minister Modi and Amit Shah will also attend. 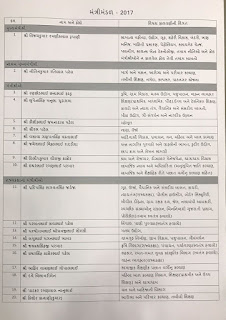